MESSAGEMessage from the President

ADLER SOLAR WORKS Co.,Ltd. was established in Yokohama, Japan in 2015 as a joint venture of a Japanese company and a German company. As an O&M service provider for PV plants, we started our business in 2008, counting from the German lineage, and are regarded as the most experienced and largest scale O&M service provider in Japan in accordance with IEC standards.
In addition, we have one of the most extensive knowledge of DC and EL testing (PV test cars) in Japan, and in the field of technical due diligence (TDD), we can provide reports in both English and Japanese. Above all, we are very proud of our high level of technology, speed to respond customer needs, and our ability to make proposals.

Our primary mission is to ensure that Japan's sustainable energy infrastructure, mainly PV plants started under the FIT system, is handed over to the future.
We believe that our mission will become more and more important to society as we move toward a decarbonized society, not only through mega-PV generation, but also through private power generation and PPA models.

Towards a coexistence of the environmental conservation and economic activities on the Earth and a realization of a fully recycling-oriented society in the future, our challenges will continue. 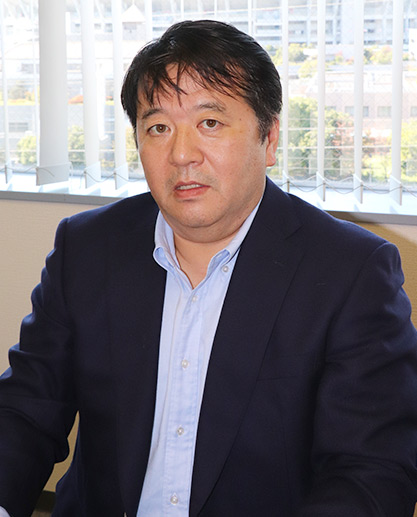 Graduated from CHUO University
Responsible for overseas sales, mainly in the Americas, at a major travel agency
In 2001, he led the launch of an international roaming service as a lead member at a mobile telecommunications carrier. He was also in charge of business development in the same field, and was involved in the launch and management of overseas joint ventures and affiliated companies.
In 2007, he served as Vice President at a former German state-owned telecommunications company, responsible for the company's mobile telecommunications business in Japan.
Later, he was involved in the implementation of 4G systems for domestic carriers at a major Chinese telecom manufacturer.
Representative Director of ADLER SOLAR WORKS Co.,Ltd. since April 2016